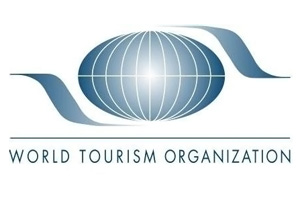 As we turn the page on a difficult year, a year in which global economic growth slowed and uncertainty picked-up, many look to 2013 with unease.

A recent report from the World Economic Forum pinpointed wealth gaps and unsustainable government debts as the top two risks facing the world in 2013.

We must be realistic. The global economic situation remains fragile and instability continues in the Eurozone. There are over 200 million unemployed around the world. According to the International Labour Organization, the world needs to create 600 million new jobs over the next decade to sustain economic growth and maintain social stability.

Yet today I am here to argue that despite the challenging times we find ourselves in, there are forces at work that, if properly harnessed, can transform this global panorama and shape our world for the better.

And among these forces, lies what we call Travel & Tourism. Ladies and Gentlemen, Our world has been fundamentally transformed over the past decades.

It is commonplace to say we now live in a globalized world – a complex, interlocking and independent network across which flows of goods, capital, ideas, information and now people move faster than ever before.

This process of globalization has behind it a number of forces which are not simply outcomes of a more globalized world, but its very drivers.

First: information technology and telecommunications. The “IT Revolution” has allowed us to communicate and process information in digital form and in real time like never before; quite simply transforming our lives.

Second: migratory trends. The “Age of Mobility” has seen millions traveling in their own countries and across borders in pursuit of opportunity. The world is fast becoming urban, with over half the world’s population now living in urban areas. By 2030 this number will swell to almost 5 billion.

These are two long-term trends that have not been diminished by the global economic crisis. In fact, the opportunities created by technology and mobility have not slowed and suggest the world economy can again be set on a prosperous path. But there is yet another powerful “mega-trend” of globalization at play in this new world which often goes unnoticed, despite the fact that it involves nearly the entire global population and brings our world to a screeching halt whenever it is disrupted: Travel & Tourism.

At UNWTO we forecast this number to continue to rise. We expect a staggering 1.8 billion international tourists by 2030.

Never before have so many people travelled to so many places. Few places on the planet have escaped the curiosity of the traveller and few are now unreachable.

These tourists generate over US$ 1 trillion in exports for the countries they visits, close to 6% of the world’s exports of goods and services, and 30% of exports if we consider services alone. One in every 12 jobs worldwide is connected to the tourism sector.

Here in Spain, tourism accounts for some US$ 60 billion in exports. Spain is in fact the second highest earner of tourism dollars in the world after the United States. Europe as a whole is the most visited region in the world, with over 500 million international tourists a year.

These are big numbers, but it is the impact of tourism on the ground that is far more relevant.

Tourism means jobs, business opportunities for small and medium enterprises, the renewal of urban and rural areas and, if properly managed, the preservation and promotion of a country’s natural and cultural heritage.

Crucially, tourism means poverty reduction. One of the most important trends in international tourism development of the last decade has been the growth of emerging economy destinations.

Today, nearly half of the one billion international tourist arrivals in the world are to emerging and developing economies, where those arrivals create and maintain jobs and income for those most in need.

Tourism is thus a fundamental pillar of the current and future socioeconomic progress of developed, emerging and developing economies alike.

In this context, today I ask you to join me in asking ourselves what this global force, tourism, can do to help us navigate through current challenges.

Allow me to highlight five key reasons why tourism will be a strategic pillar of any truly sustainable economic future.

1. Tourism creates jobs at a rate higher than many other sectors: We all know tourism is one of the most labor intensive sectors, yet it is also one that creates jobs at a comparatively higher rate. Data shows that in the EU, during the last decade, the annual growth rate of employment in the tourism sector has almost always been higher than the growth rate of total employment.

Furthermore, tourism creates wealth and jobs not just in tourism, but in other sectors as well: At a time in which many economies face domestic constraints on consumption, international tourism brings not only direct export revenues, but also a very significant indirect impact through its enormous value chain. At their destinations, tourists travel by local bus or taxi, taste the local gastronomy and wines, buy local produce ensuring jobs and sleep in a hotel which buys linen from the factories of the country.

2. Tourism is one of the most resilient economic sectors: If there is one characteristic that is critical in facing today’s challenges that is resilience: the flexibility and capacity to adapt to changing conditions and recover from setbacks. Indeed, looking back on past decades, we see that international tourism
decreased on only three occasions: in 2001 (-0.4%), following September 11, in 2003 (-1.-6%) due to the SARS outbreak and in 2009 (-3.8%) in the middle of one of the worst global economic crises of our time. More importantly, international tourism demand always bounced back stronger with growth rates much above the average. If tourism is important in the good times, during a crisis it is vital.

3. Tourism reduces poverty and supports development: Tourism accounts for 45% of the exports of developing countries and is often one of the sectors in which developing countries enjoy a competitive advantage given their abundant natural resources. In this respect, tourism is increasingly an important and effective tool in aid for development.

4. Tourism is a major contributor to a more environmentally sustainable economy: A recent report by the United Nations identified tourism as one of 10 sectors that are vital to greening the global economy. With the right investment, tourism can be a lead change agent in the move to a Green Economy by driving economic growth and job creation while simultaneously improving resource efficiency, minimizing environmental degradation and raising environmental awareness among travellers.

5. Tourism can contribute to world peace and understanding: Quoting a Spanish journalist: “travel makes us better people”. Tourism brings people of all backgrounds together and has immense potential in conflict prevention and crisis resolution. At the same time, it can be essential in bringing countries back to the international economy following a conflict, guaranteeing their stability and prosperity.

As tourism numbers continue to rise, alongside jobs, trade and development, tourism is gaining increasing recognition at national and international levels.

In China, for example, tourism has been declared a “strategic pillar” of the country’s economy. Here in Spain, the Government identified tourism as the country’s main export sector as it took office.

Just a few weeks ago, and following a very productive meeting I had with President Silva of Portugal, I was very happy to hear the President calling upon his country’s ambassadors to work in 2013 towards increasing exports, foreign investment and bringing in more tourists.

World leaders meeting at two major summits last year, the United Nations Conference on Sustainable Development (Rio+20) and the G20, agreed that tourism can make an important contribution to many of the world’s most pressing challenges.

In the same month, the world’s leading economic powers met in Mexico at the G20 Summit to forge the global path to recovery. In their final declaration, these leaders recognized, for the first time in the 13-year history of the G20, “the role of travel and tourism as a vehicle for job creation, economic growth and development”.

Tourism is slowly receiving the recognition it deserves by those shaping the path to sustained and fair recovery.

Given its globalized nature, impressive growth projections and increasing prominence at decision-making tables, I have little doubt that tourism has a major role to play in not just current, but future economic models.

As policymakers work to create the economic order we need for the future, it will become increasingly apparent that a new “new economy” is emerging, with sectors like tourism at its very heart.

The term “New Economy” was coined, as you know, in the 1990s, to describe the evolution from a manufacturing-based economy to a service-based economy.

Today, we live in a new “New Economy” in which a new wave of services and human activities is emerging which no longer fit within the standard definition of a service-based economy.

Tourism, culture, sports, creative industries and technology. These are the services of the new “New Economy” and these will be some of the most dynamic and economically significant of this decade.

Just as a businessperson considers those investments that are safer and guarantee a better return on investment, so should national and international leaders look into which sectors can deliver best on the challenges of restoring growth and creating jobs – tourism is no doubt one of them.

In spite of its immense expansion, obstacles naturally remain to tourism’s continued growth. Complicated visa processes still restrict the travel of millions worldwide, policies remain that significantly limit the development of air travel, tax hikes on tourism are an all too common occurrence and current financial circumstances limit the investment capacity of both the public and private sectors.

Yet these obstacles in no way diminish tourism’s extraordinary power to transform the current economic scenario if leaders around the world would make it a strategic pillar of their countries’ future.

With over one billion people traveling internationally each year, five billion traveling domestically and hundreds of millions working in the sector, we cannot talk about a new development model, whichever shape it may take, without talking about tourism.